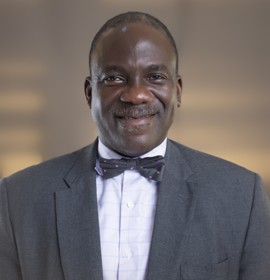 He is a Professor of Surgery and Oncology at the Roswell Park Cancer Institute and at SUNY, Buffalo. He is extremely passionate about cancer care in resource limited environments with a focus on Nigeria. He has been involved in numerous cancer screening missions, awareness campaigns and professional education programs all over Nigeria. 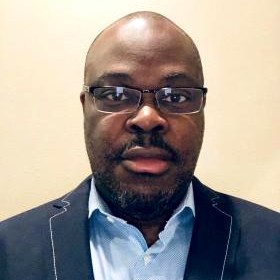 Dr. Ejiogu is a board certified Internal Medicine Physician based in the United States and Nigeria. He is also a managing partner of MedeQuip, Nigeria LLC (www.medequipng.com) and Executive Director of Harmony Advanced Diagnostic Center (www.hadcng.com).
Ken has extensive management experience in hospital-based health care systems, and was the Chief of Hospital Medicine at Indiana University Hospital before relocating to the Seattle area where he is a consulting physician in hospital medicine. He has broad experience in diagnostic imaging systems and was intimately involved in setting up a private diagnostic imaging center in Port Harcourt (mediscan) and the largest most comprehensive Diagnostic center in West Africa (Kwara Advanced Diagnostic Center). He is passionate about bridging the gap between health care delivery in Nigeria and that in the Western nations. 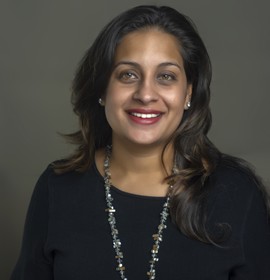 Bindiya is serving a dual role in Lakeshore Cancer Center: Center Director and Clinical Research Coordinator. She is a key player in overseeing and aligning the strategic and operational side of the Clinic and conducting research activities in collaboration with institutions in Lagos. Having been born and bred in Nigeria, Bindiya has developed uncanny troubleshooting skills, which enables her to excel in her current role. She moved to Toronto, Canada for her studies where she completed a Bachelor of Science in Toxicology at the University of Toronto with a minor in Economics, immediately followed by a Masters of Science in Pharmacology focused in Clinical Neuroscience.

Over the years, she took on a number of project management roles including a multi-year tenure at the Center of Addiction and Mental Health, in Toronto, Canada, where she planned and executed a large scale research project. She has also worked in the business setting in Nigeria serving in both marketing and management roles.

After several years abroad, she decided to permanently return home to Nigeria and work within the healthcare industry bringing in the Western Perspective . Bindiya’s passion for improving healthcare in Nigeria and her previous experience in clinical research along with her practical business knowledge will prove to be an asset within the organization 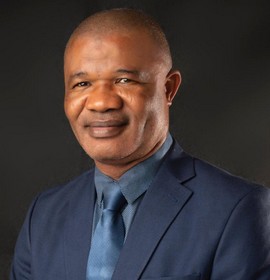 Dr. Jimoh was born in Nigeria where he received his degree in Medicine from Olabisi Onabanjo University in Ogun State, South-Western Nigeria. He joined the University College Hospital Ibadan in 2008  for his Post-graduate training. There, he completed his residency fellowship training in Radiation/Clinical Oncology.

He is a Member of the America Society for Clinical Oncology ; is Board certified in Clinical/Radiation Oncology by the West Africa College of Surgeons.
He has special interests in the treatment of Head & Neck, Breast, Gastrointestinal & Gynaecological oncology sub-specialties.

He currently practises as a Consultant Clinical/Radiation Oncologist at Lakeshore Cancer Center in Victoria Island. 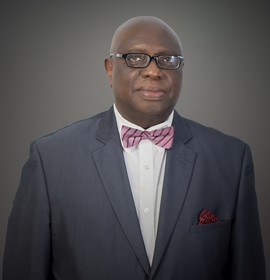 Professor Francis Abayomi Durosinmi-Etti (OFR) obtained his MB.BS degrees from the College of Medicine, University of Lagos in June 1972.

He worked as a Medical Officer at the Lagos University Teaching Hospital (LUTH) from where he proceeded to the Christie Hospital and Radium Holt Institute, University of Manchester, England between 1975 and 1979 for his Postgraduate training and qualifications in Radiation Therapy and Oncology . (Specialist in Cancer Treatment)

He had additional working experience as Registrar and Senior Registrar at other major Cancer Specialist Hospitals in the UK such as the Cookridge Hospital Leeds and Clatterbridge Hospital, Liverpool, England before returning home in 1980 where he was soon appointed a Lecturer Grade One at the College of Medicine University of Lagos and Consultant in Radiation therapy and Oncology (Cancer Specialist) to LUTH.

Professor Durosinmi-Etti was appointed in 1988 by the United Nations, International Atomic Energy Agency (IAEA) in Vienna, Austria as a Radiotherapy (Cancer) Specialist charged with the overall worldwide activities of the IAEA in the field of Radiotherapy. His activities included training, research and clinical treatment of cancer patients. He held this position between 1988 and 1995 during which period he was largely instrumental to the development of the specialty in 45 developing countries of the world spanning Africa, Asia, Pacific, Eastern Europe and Latin America among several others.

Major Radiotherapy hospitals in some of the following countries still bear his influence especially in the areas of training and development of modern radiotherapy practices and facilities for the treatment of cancer: Nigeria, Ghana, Morocco, Zimbabwe, Namibia, Cameroon, Egypt, Tanzania, Uganda. Others include Bolivia, Nicaragua, Panama, Peru, Pakistan, India, Poland, France, UK, etc.

He has several Academic publications to his credit in peer reviewed local and International journals. He was also involved in the design and development of the AMRA brachytherapy machine in France and the CERVIFIX machine in Italy. These machines are used worldwide, including LUTH, ABUTH and National Hospital Abuja, for the treatment of cancer of the cervix in women.

Professor Durosinmi-Etti is certainly one of the best known Cancer experts of African origin in the world today. He had served as the only black African on the Board of ICEDOC (an International cancer organisation), was a pillar behind the formation of the African Radiation Oncology Group (AFROG) which today receives support from the IAEA and WHO for the overall interest and benefit of Radiation Oncologists all over Africa. He is still being sought after by the International Community such as the MD Anderson Hospital, USA for whom he was Chairman of the organising committee for their yearly training programme in Oncology in different countries in Africa which started with a roundtable conference in Abuja in October 2006..

He has served Nigeria at various other levels including his position as the Pioneer Chief Medical Director and Chief Executive Officer of the prestigious National Hospital, Abuja.

He was appointed in 2003 as Secretary to the Federal Character Commission, under the Presidency in Abuja, a position which he voluntarily relinquished on 14 October 2011 to continue as full time Professor at the University of Lagos till date..

He serves currently as the Chairman of the Board of Federal Medical Centre, Ebute-Metta, Lagos under whom the hospital has attained magnificent heights .

Professor Durosinmi-Etti has extensive administrative experience at International and local levels and well versed with the Public Service Rules and Procedures. 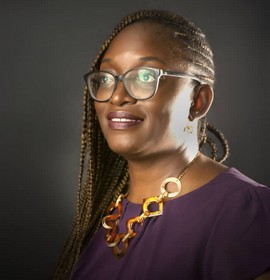 Dr. Oge Ilegbune MBBS, ARCGP, HMP is a graduate from the University of Nigeria Medical school in Enugu. After completing her housemanship and National Youth Service, she left the shores of Nigeria for the United Kingdom in 2000 where she went on to complete her Residency in General Practice becoming a qualified General Practitioner and an associate member of the Royal College of General Practitioners of the UK. She is a member of the BMA and GMC and worked as a General Practitioner for 8 years in Primary Care, where prevention is an integral part of healthcare management.
In September 2014, Dr. Ilegbune returned to Nigeria and now resides in Lagos with her husband and two children. She hopes to continue her work in General practice focusing screening and preventative measures, primarily in regards to cancer care at the Lakeshore Cancer Center in Lagos, Nigeria. Her current role as the Head of Strategy, Development and Outreach for Lakeshore Cancer Center, she is keenly focused on spearheading the eradication of cancer in Nigeria, and has immense passion and enthusiasm in her advocacy. 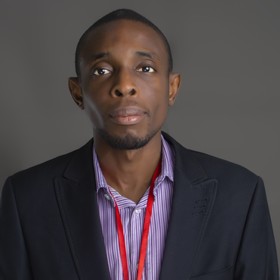 During the residency period he obtained a PG Diploma at the University of Cape Town, South Africa. He currently works as a Clinical Oncologist and Palliative Care Specialist at Lakeshore cancer Center, Victoria Island. 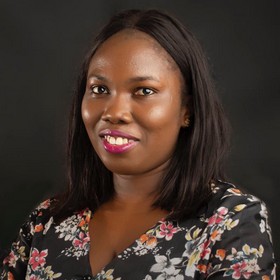 Uchenna is the Head Nurse at Lakeshore Cancer Center, where her primary role is to supervise other nurses and provide premium quality care to oncology patients.

Uchenna is a registered Nurse and mid-wife, she was certified by the Nursing and Midwifery Council of Nigeria (NMCN) in 2005 and again in 2008. She is an active member of the Oncology Nursing Society (ONS).

Nurse Uchenna has a very keen interest in Oncology- her experience in the field has spanned over 9 years working with Eko Hospital and Lakeshore Cancer Center.

Throughout her career, she has had the opportunity to attend numerous trainings- some of these include international trainings in Ghana (Sweden Ghana Medical Center) in 2014 and again in India (Yashoda Medical Center) in 2017. She has also attended numerous workshops with the Society for Quality Healthcare in Nigeria (SQHN), Lead Nurse Africa, and other leading organizations.  These have further enhanced her competency, knowledge, and dedication in the field. helped strengthen and improve her oncology skills greatly

As head nurse of Lakeshore Cancer Center, Uche has also been opportune to attend numerous outreaches and corporate events, where she apart from showcasing her clinical expertise, has had the opportunity to speak to general public and other healthcare works on Prevention, Screening, and Treatment for Cancer

Her patients describe her as knowledgeable, emphatic, extremely passionate and always smiling. This shows through in her key role as a co-pioneer and organizer of the Dew Drops Support Group- a cancer support group under the LCC umbrella aimed at providing support, knowledge and encouragement to survivors.